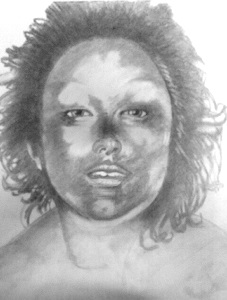 A highway department worker, picking up debris, found the victim's body was found near I-55 and Blodgett Road in an unincorporated area of Will County, Illinois, on September 30, 1968. It was determined that her body was moved after death and concealed in a wooded area.

Circumstances
Location Found
GPS coordinates N41*28.454' X W088*10.330'
Address 1 I-55
Address 2 Blodgett Rd
City Unincorporated
State Illinois
Zip code
County Will
Circumstances
This individual was discovered by a highway department worker on a Monday morning while picking up debris along the highway. Due to the social climate this person may have been from anywhere coming through the area.

Deformities
The left ear is darker in color than the rest of the body. The left little finger is crooked. No further description is available.
Piercings
both ear lobes were pierced

Clothing and Accessories
No clothing or accessories

Images
There are currently no images available for this case.

Will County Jane Doe, discovered in Illinois in 1968.

Jane's remains were discovered on September 30th, 1968, near I-55 and Blodgett Road by a highway department worker in an unincorporated area of Will County, Illinois. Authorities believe Jane was murdered between the ages of 20 and 30 and died from asphyxiation. She had been moved to that location following her death and an attempt was made to conceal her body in a wooded area. Jane had brown eyes and black hair with graying roots. Her left little finger was crooked and her left ear was a darker skin color than the rest of her body. She had extensive dental work including gold caps. Namus states that due to the "social climate" of the area there were many people from all over moving in and out of that part of Illinois so it's possible Jane was not local. DNA and Dental comparisons can be made with this decedent and she remains unidentified.
If you have any information regarding the death or identity of the Will County Jane Doe, you are encouraged to contact the Will County Cornoer's Office at 815-727-8455.
Tribal Information: Jane is though to be White with possible Fillipina or Native American ancestry. As she is unknown, so are her people.

Reconstruction of the victim.

Circumstances of Discovery
A highway department worker picking up debris found the victim's body was found near I-55 and Blodgett Road in an unincorporated area of Will County, Illinois on September 30, 1968. It was determined that her body was moved after death and concealed in a wooded area. Due to the social climate this person may have been from anywhere coming through the area.

Will County turns to Smithsonian to help identify victims

Gene Sullivan, deputy chief with the Will County Coroner's Office, recently sought the help of the Smithsonian Institution and sketch artists in identifying three unidentified persons whose remains were found years ago. Sullivan shows what a man whose remains were found in 2008 might have looked like just before he died, and in his younger years. (Alicia Fabbre / Daily Southtown)

The photo hanging on Deputy Chief Gene Sullivan's bulletin board at the Will County Coroner's Office is only a part of the puzzle behind the remains that were found in a Will County Forest Preserve in 2008.

The man, believed to be in his 50s or 60s when he died, was found hanging from a tree. Investigators estimate he was there for three months before his remains were found. In the eight years since his body was discovered, however, no one has come forward to identify him.

"He (could be) somebody's dad," Sullivan said. "And they may be out there wondering (what happened)."

The man is one of 11 John or Jane Does whose remains were found in Will County according to NamUs, a national data base for missing and unidentified persons. Investigators are working to identify them.

"People have a right to be properly buried and to be returned to their families," Will County Coroner Patrick O'Neil said. 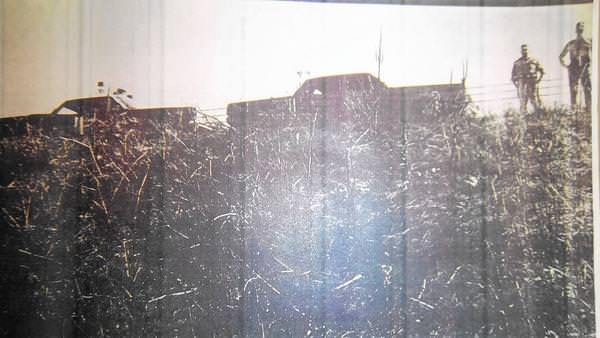 Sullivan recently sought help from the Smithsonian Institution and sketch artists with the hope of clearing up the mystery behind three of the county's unidentified persons cases. The other two cases both involve females who are believed to be homicide victims. In one case, the woman, believed to be in her 20s or 30s, was found in a wooded area off Interstate 55 near Blodgett Road in 1968. Investigators believe she was strangled. In the other case, the woman, believed to be in her early 20s to mid 30s, was found in 1981 off Interstate 80 near Route 30 in New Lenox.

Testing done on human remains at the Smithsonian helped provide a better picture of where the unidentified people were from, and a sketch artist was able to show what the people may have looked like when they were younger.

It's that same combination that helped a regional system administrator for NamUs identify a John Doe from Knoxville Tenn., in 2013. The man, who was 30 when he was last seen alive, was found dead in 1982. He had been shot to death a year earlier.


Amy Dobbs, who was a cold case investigator for Knox County, enlisted help from the Smithsonian to conduct isotope testing on the man's remains in 2013. A sketch artist also helped show what the man looked like in his younger years through an age-regression sketch.

Armed with test results from the Smithsonian showing the man had lived most of his life in Knox County and the age-regression drawing, Dobbs turned to media for help. Shortly after, another man saw the sketch and recognized the John Doe as his brother. Additional testing proved the suspicion true and Dobbs was able to positively identify the man known only as John Doe for more than 30 years.

"They were stunned," Dobbs recalled of the man's family, noting the age-regression sketch played a key role in identification.

"I can remember (the man's brother) putting his head down in his hand and saying 'Thank you, I always thought he had (voluntarily) left us,'" Dobbs said, noting the family did not know their loved one's disappearance involved a homicide.

Dobbs, who know manages a regional area for NamUs that includes Illinois, was the first to turn to the Smithsonian for isotope testing on human remains to aid in cold case investigations. Sullivan is believed to be the third to do so.

Isotope testing of human remains can help show a person's diet, where they spent most of their lives and where the lived most recently. Archaeologists have used this testing on recovered artifacts or remains to provide information about that particular civilization.

"Technology continues to get better as far as the science behind DNA," Patrick O'Neil said.

Will County authorities have turned to the Smithsonian Institution and sketch artists in hopes they will help identify the remains of people found years ago. This is a sketch of what they believe a woman found dead along Interstate 80 in New Lenox in 1981 might have looked like. - Original Credit: Daily Southtown

Alicia Fabbre is a freelance reporter for the Daily Southtown. NB I-55 near Blodgett Road. 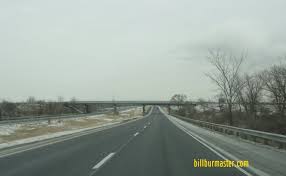