The Lost and the Found :: Western States :: Washington

The woman’s remains were was found on April 7, 2011 in the woods near a logging spur from Highway 12 just outside of Morton, WA.

The woman’s remains were was found on April 7, 2011 in the woods near a logging spur from Highway 12 just outside of Morton, WA. “It does not mean she is from Lewis County. She could be from any of other counties. She’s just ending up there. We do not know who she is. Basically, skeletally she’s presenting as Caucasian but we think there’s probably some ethnicity mixed in there, 20 to 35 years old and she’s very petite so short stature,” said Dr. Taylor.

The cause of death has not been determined but Dr. Taylor said it is suspicious and she doesn’t appear as though she would have ended up in those woods herself. “Her DNA is running. Her dentals are running in the various databases and we’re not hitting so they only way we are going to get her identified is if somebody comes forward and says that they know of somebody who’s missing that might be that person,” said Dr. Taylor.

She encourages anyone who reported someone missing to follow up with the law enforcement agency to make sure the information has been entered into CODIS and NaMUS. If you have any information that can help identify the woman, contact the Lewis County Coroner’s Office at (360) 740-1376 or Lewis County Sheriff’s Det. Dan Riordan at (360) 740-2765.

Lewis County Jane Doe was a woman found along a logging trail in Washington. 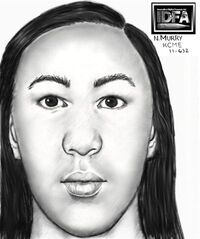 Michelle Malkin
This is a sketch released by Lewis County, Washington authorities last week. It is a reconstruction of the facial features of skeletal human remains found .

Partial skeletal remains were recovered in an area known as "Peterman Hill" in Morton, Washington. Analyses are pending for further information regarding estimated age, race, height, etc. The NamUs case file will be updated as additional information becomes available.


Exclusions
The following people have been ruled out as being this decedent: 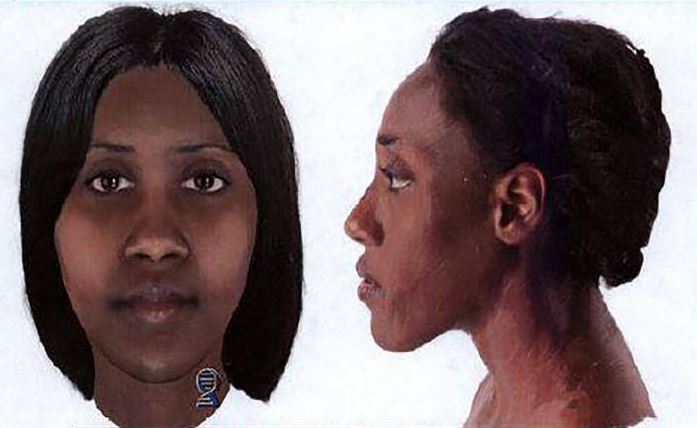 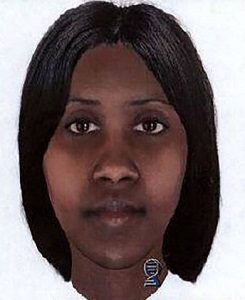 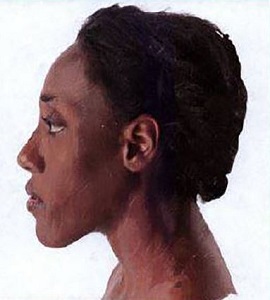 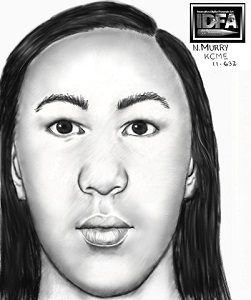 The victim was discovered along a logging trail in the Peterman Hill area in Morton, Washington on April 7, 2011 by a passing motorist. She may have been moved from a previous burial site.

She was initially believed to be White with an unknown admixture, until DNA phenotyping performed by the Parabon Nanolabs indicated she was of African descent.

Early in the investigation, authorities looked into the possibility that this female was a victim of serial killer Israel Keyes, who was active in the states of Alaska, Vermont, New York and Washington. He committed suicide in prison in 2012.

It appeared she was of Somali or East African descent, according to DNA phenotyping. 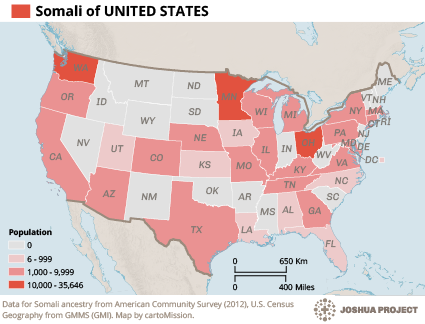 Somalis in the USA primarily live in 3 cities: 1) Minneapolis, MN; 2) Columbus, OH; and, 3) Seattle, WA (listed in order of population).

According to the U.S. Census Bureau, approximately 68,001 people reported Ethiopian ancestry in 2000. Between 2007 and 2011, there were approximately 151,515 Ethiopia-born residents in the United States.

LEWIS COUNTY — The Lewis County Cold Case Task Force is asking for your help to solve a mystery as they try to identify the woman pictured above.

Her skeletal remains were found in 2011, but recent advances in DNA analysis have helped investigators create a much more accurate profile of how she may have looked and now they just need to know who she is and how her body ended up dumped on the side of a highway.

The flyer below is called a Snapshot DNA Analysis. It was created by Parabon NanoLabs, the same company that has recently helped law enforcement solve murder mysteries in Tacoma and Snohomish County. Lewis County Prosecutor Jonathan Meyer and the cold case task force he started with the sheriff’s office are hoping the image will help someone put a name to her face. “This is an actual genetic test that gets down to the bottom of where our victim came from, so we`ve learned she`s most likely of Somali descent, which is a huge difference in what we originally had,” said Meyer.

Below is the original composite that was created by a forensic artist. At the time, she was believed to be Caucasian with some ethnicity, but now the new analysis shows she had brown to light brown skin, brown eyes and black hair, was petite and between 16 and 26 years old. “We don`t know if she was living here? If she was in transit somewhere else? We don`t know where she came from? We don`t know where she was going? That`s part of what we`re hoping to get some leads on,” said Meyer.

The woman’s remains were found on April 7th, 2011 in the area you see on the map below, just west of Morton along Highway 12, several hundred yards off a logging spur. “It looks from the scene, the investigation, that the body, or the remains were transported to this location from another area,” said Lewis County Sheriff’s Chief Dep. Bruce Kimsey. He was one of the detectives who responded to the scene which is in a fairly remote area. “Our personal opinion is that this person, our victim is not from Lewis County, so therefore, some of the obstacles is trying to find, search out wherever this person came from in the United States and get that information, so we can solve this case,” said Chief Dep. Kimsey.

That brings them back to Snapshot DNA Analysis confirming the woman was of east African, or most likely, Somali descent. “The Somali community tends to be very close-knit, so what we`re hoping is that with the exposure of this show and other information that we`ve published, that someone from the Somali community will step up and help us,” said Meyer.

Based on some evidence at the scene, they think there may be a military connection to what happened to her, but do not want to reveal too much to keep from jeopardizing the investigation.

“I think victims, whether we know who the family is or not, victims deserve the answer. Also, Lewis County is a very close-knit community. Lewis County deserves an answer. We want to know if someone has been victimized within Lewis County, we want to know and we want to hold that person accountable. And, accountability`s the last piece, in that, someone did these crimes and if we can find who they are, they need to held accountable. You don`t just get to kill people and walk free, so our goal is to figure out what happened, why it happened and who did it, so we can hold them accountable,” said Meyer.

If you have any information that can help identify this woman and solve this case, please contact Lewis County Cold Case Task Force Detectives Tracy Wiese, or Pat Beall at (360) 740-1378.

I also hope WMW viewers will share this story with everyone you know in the Somali community.

Similar topics
» Need Jane the Rabbit!!
» Barbara Walters comments on Jane Fonda
» Found Mercury, but nothing happend In my house.?
» Marijuana and my mom
» What is the Old shoe?

The Lost and the Found :: Western States :: Washington