Illinois Department of Transportation employees were working along I64 at mile post 22. They discovered human remains on the side of the highway. The skeleton was partially dressed in a black velour sleeveless "catsuit" garment with full legs.

Unidentified Female
Date of Discovery: January 30, 2002
Location of Discovery: Mascoutah, Illinois
Estimated Date of Death: Estimated to have occurred several months before discovery
State of Remains: Skeletal Remains
Cause of Death: Not stated

On Wednesday, January 30, 2002, at approximately 4:30 p.m., the Illinois State Police responded to a complaint concerning the discovery of skeletal remains near mile marker 22 on Interstate 64. The complaint originated from workers of the Illinois Department of Transportation who were working in the vicinity and discovered the remains. The skeletal remains were situated off the roadway on the east side of the Silver Creek overpass in rural Mascoutah, Illinois.

The autopsy could not determine the cause of the death and it is believed that the victim has been deceased for several months. She is thought be a victim of serial-killer Maury Troy Travis, who is also a suspect in the homicides of two other unidentified victims; 334UFIL and 302UFIL. Police believe the three were raped, tortured and killed by Travis, with some of the slayings videotaped. But Travis never identified the three women, and he hanged himself in a St. Louis jail cell three days after he was charged with three other killings.

Workers of the Illinois Department of Transportation who were working in the vicinity discovered the remains...

The State Road workers discovered the Remaons near mile marker 22 on Interstate 64... The Jane Doe is thought be a victim of serial-killer Maury Troy Travis..


Maury Troy Travis (October 25, 1965 – June 10, 2002) was an American serial killer who committed suicide in a St. Louis county jail, after being arrested for murder. Travis murdered at least 12 prostitutes, and claimed to have killed 17, all in separate incidents between 2000 and 2002 in his home in Ferguson, Missouri.

He was caught when he anonymously mailed a map to the body of one his victims to the St. Louis Post-Dispatch, which was later found to have come from Expedia.com and linked to his computer.


Serial Killer Caught By His Own Internet Footprint

Instead, agents simply tapped into the wealth of information that Microsoft Corp. and other Internet companies keep on people who visit their Web sites and use their services.

The stunning breakthrough in what had seemed a difficult case underscored why such information is a valuable resource for police -- and sometimes a concern for civil libertarians.

Travis' arrest June 7 was set in motion two weeks earlier, when a Post-Dispatch reporter received an anonymous letter praising a story profiling a slain prostitute. Accompanying the letter was a map of part of West Alton, marked with an "X" to show where a body could be found.

After finding a skeleton there, authorities focused on the map, which appeared to have a come from an Internet service. Detectives found an apparent match on Expedia.com, according to affidavit by FBI agent Melanie Jimenez.

On May 30, Expedia told Jimenez that Microsoft, based in Redmond, Wash., provides the information for its map site.

So the FBI, using a subpoena, requested records of any maps of West Alton made between May 18, the date of the newspaper story that spurred the letter, and May 21, the postmark on the envelope. It took four days to get an answer.

On June 3, Microsoft reported back that only one computer had done it. The company said that on May 20, the computer had "zoomed in on the map of the West Alton, Missouri, area approximately 10 times in a chronological order to end with an exact match of the map" sent to the Post-Dispatch, Jimenez said in the affidavit.

But Microsoft could provide no name. Just an address that is meaningless to most people: It was the Internet Protocol address of 65.227.106.78.

To translate the IP number, the FBI turned to WorldCom Inc., which provides local telephone numbers to connect Internet services to their dial-up customers. WorldCom assigns a temporary IP address to each customer for each Internet session. The question wasn't just who used 65.227.106.78, but who used it at the time in question.

The next day, on June 4, WorldCom's Internet division, UUnet, identified the user the evening of May 20 as MSN/maurytravis, Jimenez said. The MSN stands for Microsoft Network.

The FBI went back to Microsoft Network later the same day to identify the customer. It was Maury Troy Travis of Ferguson.

That was the groundwork for surveillance and, on June 7, an arrest and search warrant that authorities said helped solidify the case with DNA and tire tread evidence linking Travis, a 36-year-old waiter, to some of the killings. He was charged with two counts of kidnapping in federal court documents that also linked him to seven murders overall. Police think he may have killed 10 or more.

On June 17, without ever admitting guilt, Travis hanged himself in jail.

Tracks left on the Web

It appeared that Travis had been unaware of the ease with which Internet use can be traced. In fact, it is that lack of awareness - coupled with the easy use of technology by law enforcement and the sheer abundance of information on the Web - that troubles civil libertarians.

"Many users are not aware of the tracks that are left behind when they surf the Web and visit various sites," said David Sobel, general counsel of the Electronic Privacy Information Center in Washington.

"Most users have an illusion of anonymity when they use the Internet, which a case like this demonstrates is not well-founded because there is quite a bit of traceability on the Internet," he said. Sobel said that is why he supports strengthening the protections already in federal law.

The Electronic Communications Privacy Act of 1986 requires federal law enforcement agencies to take various steps to obtain information from Internet companies. The law requires prosecutors to issue a subpoena or obtain a court order or a search warrant from a judge for certain types of information.

It also allows prosecutors to accept information given voluntarily by an Internet company.

Even the Department of Justice described the law as "unusually complicated" in a manual for prosecutors published last year. "Navigating through ECPA requires agents and prosecutors to apply the various classifications devised by ECPA's drafters to the facts of each case before they can figure out the proper procedure for obtaining the information sought," the manual says.

The law left unclear whether a simple subpoena could obtain an IP address or if a prosecutor needed an order signed by a judge, said Cindy Cohn, attorney for the Electronic Frontier Foundation. It is a civil liberties group based in San Francisco.

Cohn said the lack of clarity meant prosecutors did need a judge's order. But Justice Department spokesman Mark Corallo said the agency believed only a subpoena was necessary.

The debate was resolved after the Sept. 11 attacks, when President George W. Bush signed the USA Patriot Act, giving the Justice Department new powers to fight terrorism. It provides prosecutors clear authority to obtain temporarily assigned IP addresses and other information from Internet companies through use of a subpoena.

"No check and balance"

In the Travis case, the FBI and the U.S. attorney's office in Illinois have not revealed how they obtained the information from Microsoft and WorldCom - whether by subpoena, search warrant or neither.

But Microsoft said Thursday that federal prosecutors had issued a subpoena.

Sobel said that given the strong link between the map sent to the Post-Dispatch and the crimes, there is little doubt that prosecutors were right to pursue the information and could easily have obtained a search warrant.

Even so, he said, permitting prosecutors to obtain such information through use of a subpoena - a unilateral step that does not require the oversight of a judge - is not sufficient protection for the public.

"There's no check and balance," he complained. "If law enforcement says, 'We want this information, and all we need is a subpoena,' there are not many (Internet service providers) that are going to say, 'No, you need a warrant.' There's a high level of cooperation."

Corallo, the Justice Department spokesman, declined to comment on whether a subpoena sufficiently protects privacy. "The Patriot Act was passed by bipartisan majorities of the House and Senate and it is now the law of the land," he said. 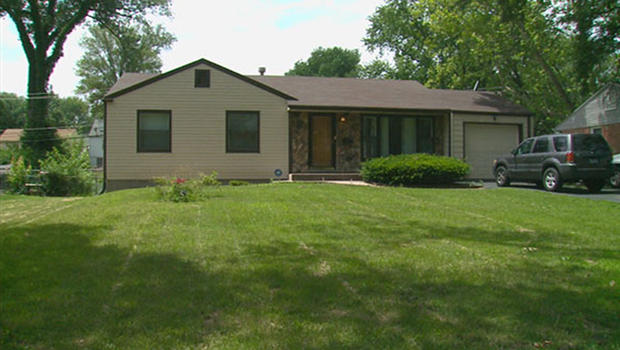